We've organised the capacities of our eCommerce software through a feature-focused format.

For most companies the Nominal Ledger drives the management accounting and strategic outlook. The relational structure of our software's Nominal Ledger allows user to drill-down to data derived from every business process within the system. Our software's user-definable Nominal Accounts chart and Analysis Levels enable greater control of management information.

Our software's standard system allows you to maintain a single chart of accounts; however, it is possible to run multiple financial systems (utilising multiple charts of accounts) within our system if your business requires this level of segregation. 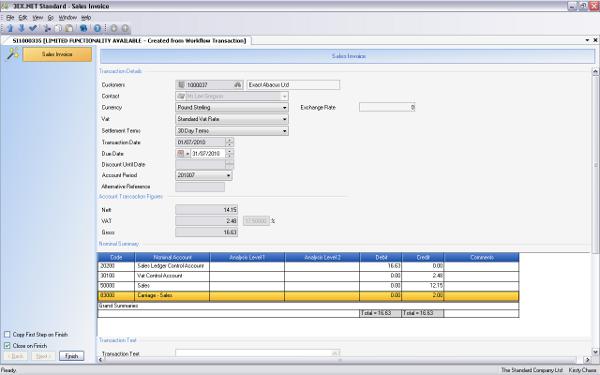 Creating Nominal Accounts is simple in our system- just enter a code, description, the nominal group, and the default transaction type of nominal. 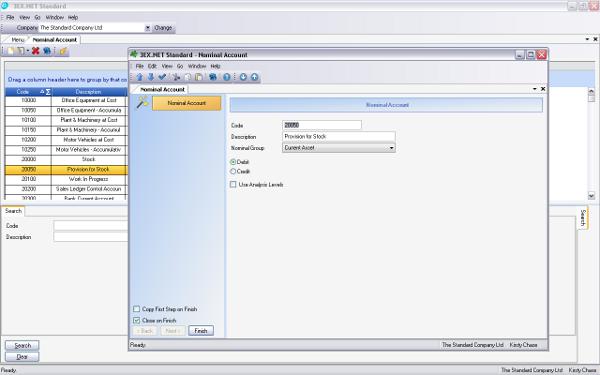 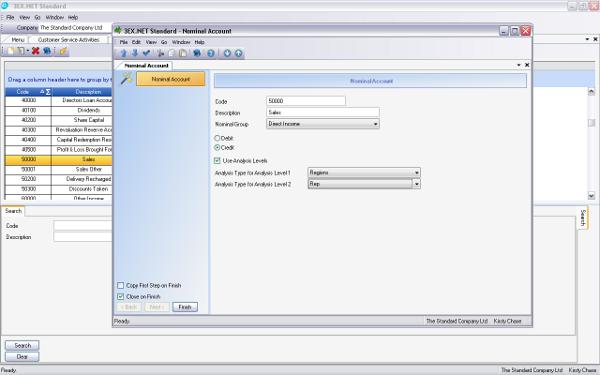 As a transaction is processed the Analysis levels are picked up and are attached to the Nominal Code as per the example below. 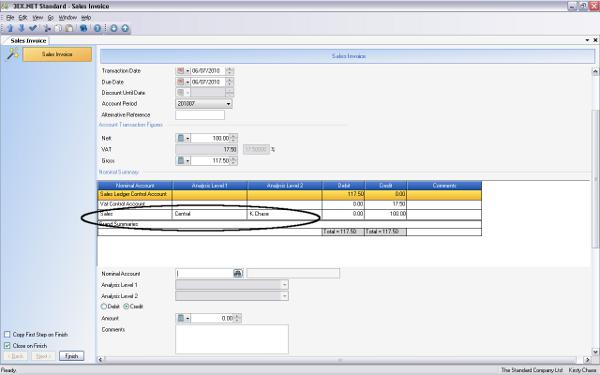 The Analysis levels are then used to breakdown entries for a specific Nominal Account to allow for easy management reporting. In the example Trial Balance report below, the Sales Nominal is broken down by Region and then by Rep. 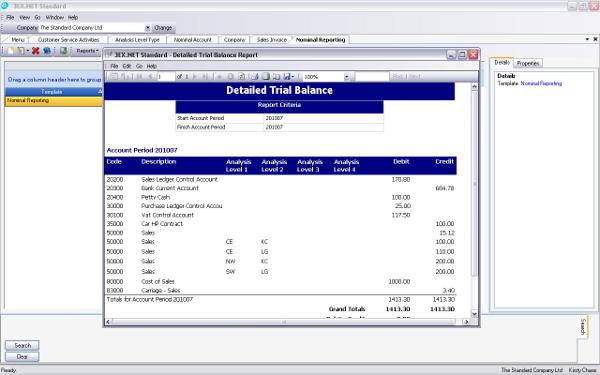